Public Enemy Releases New Single: “It Is No Longer Necessary to Fight The Power”

In response to the historic election of Barack Obama, the pioneering rap group Public Enemy has released a new single entitled, “It Is No Longer Necessary to Fight the Power.” The song is a departure for the politically controversial band in that it takes a less confrontational, more conciliatory tone, as is apparent from the sample lyrics provided below. The song will appear on Public Enemy’s forthcoming album, It Takes a Nation of Millions to Craft Bipartisan Legislation.

“It Is No Longer Necessary to Fight the Power”

2009 the number, another summer
To oppose the administration truly would be a bummer
Music hittin’ your heart cause I know you got soul
To do your part and pay your taxes really should be your goal
(Brothers and sisters, hey)

We (no longer) have to fight the powers that be
Lemme hear you say
(No longer) Fight the Power!

Don’t worry be happy
Was a number one jam
Now finally I can say it too!
Let’s get this (democratic) party started right
What we got to say
Support the administration no delay
To make everybody see
In order to (no longer) fight the powers that be 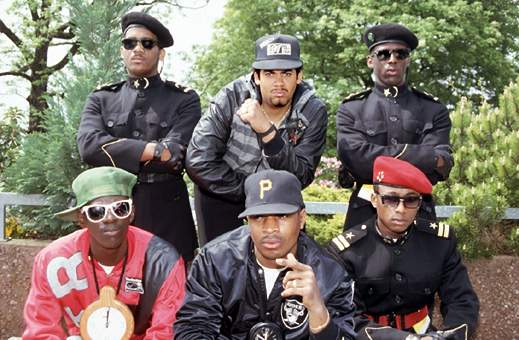 This entry was posted in Humor, Original Content. Bookmark the permalink.

2 Responses to Public Enemy Releases New Single: “It Is No Longer Necessary to Fight The Power”